Baroque oboes are double reed instruments that were the predecessors of the modern oboe. They were played originally between roughly 1650 and 1750. The shawm was the main double-reed instrument used before the baroque era. The baroque oboe's ancestor was this extremely loud instrument, which was only played outside. It differed from the baroque oboe in that it had a wind cap over the reed and was not divided into joints. It also had a pirouette or place where the player could rest his lip. The elimination of these three elements made the baroque oboe a quieter instrument that could be played indoors with other musicians.

Classifieds, listings. Musician job board
Baroque oboes originated in France in the mid 17th century, where they were used primarily as court instruments. These instruments spread rapidly through Europe over the next several decades. Each country put their own spin on oboe technique and making, with the Italians completely redefining the baroque oboe by the early 18th century to make it more of a virtuosic instrument.

Classical music classes
The principal instrument studied in the Oboe course is the baroque oboe, together with its repertoire from the first half of the 18th century. The curriculum includes an extensive selection of chamber music repertoire, orchestral works and solo pieces from cantatas and oratorios. To prepare students thoroughly for performance practice, the curriculum also includes oboe da caccia and oboe d’amore’.
In addition to the elements of the curriculum supervised by teachers, you will learn to develop projects of your own and discover ways of performing them convincingly for an audience. Although the course is highly practical in nature, the study of early music demands a good theoretical grounding and background knowledge of the history of music and instruments. You will therefore also study the fundamentals of basso continuo, the historic development of this instrument, as well as the practice and theory of ornamentation, diminutions, notation and analysis of style. Research is another essential feature of the programme and you will be introduced gradually to the subject with masterclasses in bibliography, source studies and research techniques. Opera by the Fjord – Summer Academy 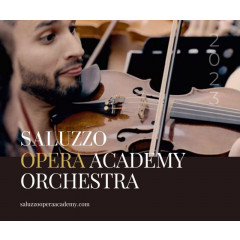 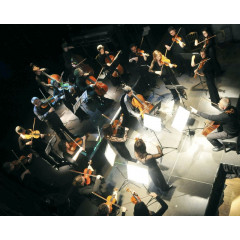